In folklore traced back to medieval legend, a succubus (plural succubi) is a female demon appearing in dreams who takes the form of a human woman in order to seduce men, usually through sexual intercourse. The male counterpart is the incubus. Religious traditions hold that repeated intercourse with a succubus may result in the deterioration of health or even death.

In modern fictional representations, a succubus may or may not appear in dreams and is often depicted as a highly attractive seductress or enchantress, in contrast to the past where succubi were generally depicted as frightening and demonic.

The word is derived from Late Latin succuba "strumpet" (from succubare "to lie under", from sub- "under" and cubare "to lie"), used to describe the supernatural being as well. It is first attested from 1387.

Succubus's are Demons who posses human girls. They then have sex with a male and then eat them to survive and sustain their strength. If they do not feed they become weak, tired and ugly. They eat their male and then move on to the next untill they are full. They are vulnrable when weak and if they don't eat for more than 2 days the human body could just die. They can't eat human food, they just throw up black sludge.

To Kill a Succubus[]

To Kill a Succubus, they need to be weak from not eating, they may have some of their full powers but not all. If you strike it through the heart while they are weak, the human and the demon will die.

Excellular Healing (Heal much more fast than any other Demon, Vampire, Slayer or Werewolf)

Weak when not fed 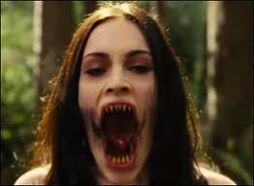 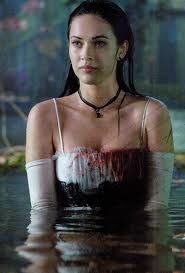 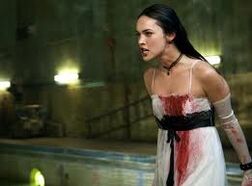 Jennifer getting ready to attack Megan

Jennifer after being possesed and killing a school mate 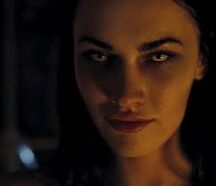