The Sandman Will Keep You Awake - The Loop

Betty "Betz" Angelo was a Werewolf Slayer and also the love interest of Thomas Haynes. She appeared in Season 3 and was killed by Tony Haynes.

Betty was a Slayer that came to Leeds looking for Werewolves. She revealed she is a Werewolf slayer. As she was looking through the woods she came across Thomas in his wolf form kill a Demon, Betty, thinking he was evil, attacked Thomas and took him down by surprise. She and Thomas were then attacked by two Werewolves called Riles and Kie. Betty killed Riles and Kie escaped. Betty then told Tom that she had been hunting a Werewolf gang for two months. She became close to Thomas and even sharing a kiss but was immediently interrupted by Heather. Heather began to have a rivalry with Betty. She then found that she wasn't jealous but scared that Thomas would leave the gang to be with Betty. Betty and Evan went hunting for the Werewolf gang, whic

Heather, Thomas and Evan came and fought off the rest of the gang. They were then left with Kie, Jack and Carlotta. Carlotta was revealed to be the leader of the Werewolf gang. Betty took on Carlotta and eventually ended up staking her with a metal stake. After thanking the gang for their help, in the end, Betty had to leave and move on after saying goodbye to Tom with a kiss. She then got in a taxi and left.

h led them to an apartment. They were immediantly ambushed by a whored of werewolves, they escaped through a window after killing two of the werewolves. She then persued the werewolves to their hideout, but was ambushed  by Kie and chained up.

Betty left Thomas' house and caught a taxi back to the airport. Along the way the taxi hit a person. The Taxi driver panicked and opened the car door and ran off into the woods. Betty immediently got out to aid the injured man only to be shocked when the man got up completely uninjured and swiftly grabbed Betty by the neck and turned into a werewolf and fed on her untill she was dead. When the man turned back human, the man is revealed to be Thomas Haynes' father, Tony Haynes. 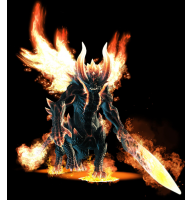